In the month of July I did quite some travelling: I went off to volunteer in an orphanage in Ghana for 3 weeks. After that I had a workshop in Stockholm, Sweden  and some days exploring the city. I had a lot of great moments and also… some setbacks. Met great friends that will be remembered for life and had moments I’ll forever cherish. Here are some things I learned:

1. Teamwork was of the essence yet still independance too

I arrived in Ghana at the local volunteer’s house and quickly noticed a negative atmosphere and the people complaining. “There’s not enough work to do for us so we stay at the house…”, “The food sucks, blablabla”. The following week I found myself sucked into this mindset, until later some people went home and other volunteers came (they were awesome!). Things changed for the better so much with the right mindset and attitude. At first I was influenced by other volunteers’ negativity and passiveness and realized independance is importance. Also, at the orphanage things weren’t all that well organized but we had meetings with the local orphanage staff and got shit done.     Because of whatsapp messages we managed to collect quite some euros from friends and family to buy food for the orphans.

Roaming the village streets on our way to  practice with the soccer players from the orphanage, we encountered some village kids… with machetes. You could really feel the tension, as they don’t always like ‘obroni’ (local word for foreigner, white boy) in their village. They litterally said: ‘We’re gonna chop your head off…’ I freaked the fuck out inside but managed to stay calm as well as my buddy. We got moving to the soccer field and all was good, but an experience it was.

The environment really brought out a lot of insecurities and anxieties, but I managed to look at them in the face saying: “What’s up!”. It was uncomfortable but learned to stay positive and humble in the process. Every moment has learning opportunities, even when it doesn’t seem like it in the first place. Learn about yourself, others and the world around you. 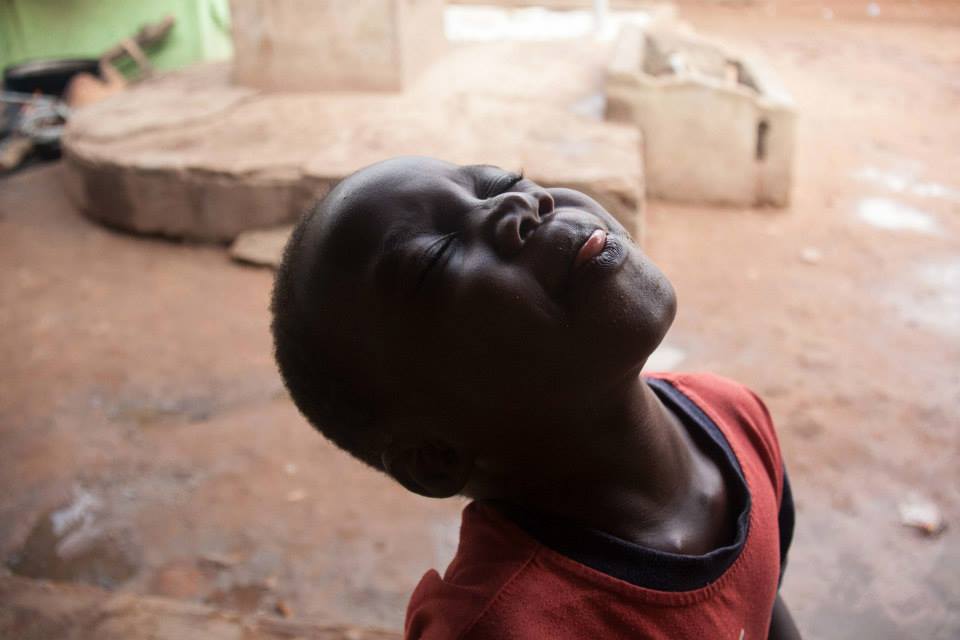 3. Allow changing circumstances to change you

As our program coördinator/guide Bene said: ‘You will have the best time, only if you adapt to the new culture and circumstances.’ He was right, as in the beginning I was having some difficulty adjusting and having a pretty big culture shock: people eye-balling you on the street, shouting at you calling you ‘obroni’, chicken and goats on the road, the food adjustments… I felt pretty intimidated, just because I couldn’t aknowledge that this was how it’s done here, how things go and are. Acceptance seeped in to my daily grind and had a way better time. Adaptation is key to having fun in other cultures and environments. 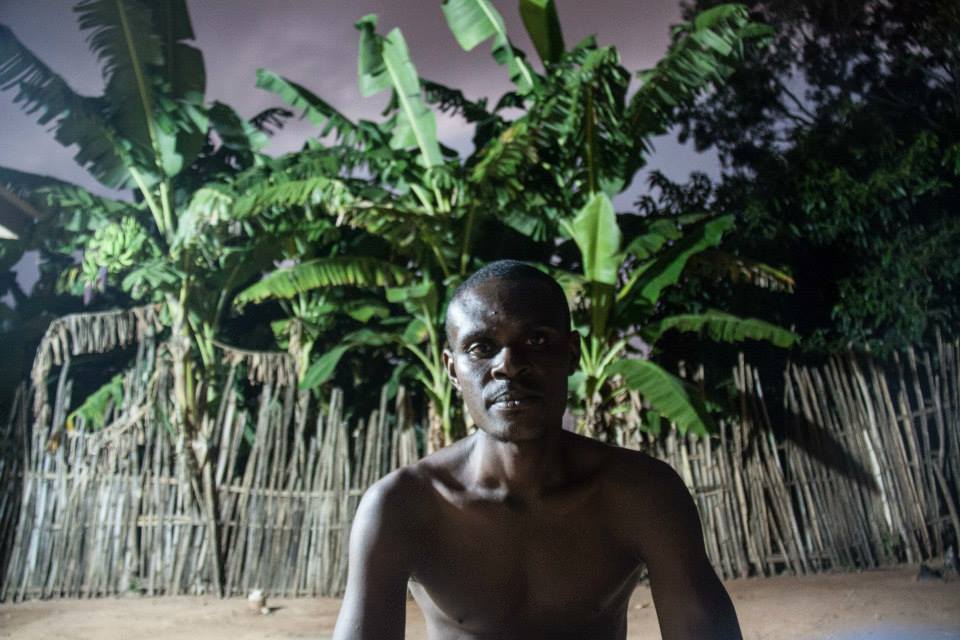 4. Leave your expectations at home

While travelling you might need quite some gear (specific clothing, mosquito nets, …) but preconceived ideas and certain expectations are not one of them. Most of the time you’ll get disappointed anyway, so just let it be. Open mind and heart are needed if you want to connect and thrive in your new ‘home’. The saying: “Wherever you go, there you are.” is crucial while traveling. Don’t travel to escape problems or anything, be present and experience it fully. My thoughts on ‘changing the world’ etc. vaporized fast when arriving in Ghana, seeing the slums and harsh living conditions. 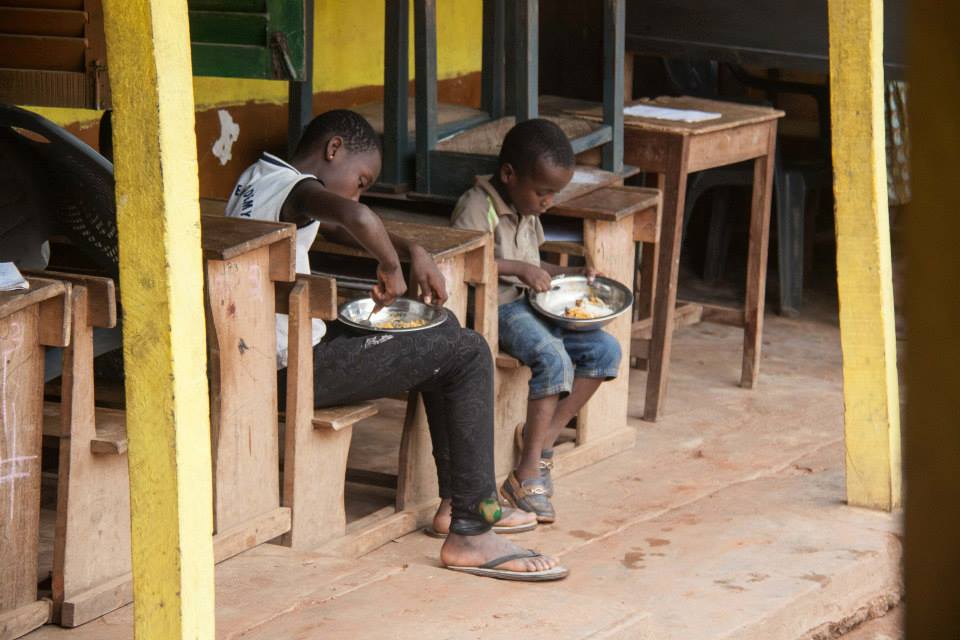 5. Be willing to listen to every person

From the taxi driver in Ghana to the random guy in the airport and airplane, everyone is unique and has a story to tell to learn from. Flying from Brussels to Ghana, I was sitting next to a coloured man and he seemed a bit restless and I wasn’t really sure what to make of it. But we started talking and he appeared to be an awesome Ghanaian football player, loving life and women. We shared a good amount of laughs and he was great.

Or the Crazy Dutchman we met in his wildlife conservation site that held alligators, snakes, monkeys, and so on. We enjoyed his story over a few beers a lot. He got bitten litterally by any animal you can ever imagine and claimed to have had malaria for over 80 (!) times. Or this story from a decade ago: aiming his shotgun at a black cobra, missing the shot and falling down a ledge 2.5 metres down snapping his hand completely 90 degrees to the right. Lying there terrified, the cobra slithered over his body into the wilderniss. Scared shitless but happy he didn’t got bit he snapped his hand back and taped it. No hospital, no nothing! Man, good times just listening to him…

Every person and conversation is a next step to gain new insights, ideas and new ways of thinking and also to get know yourself better, people often mirror back a lot of you. 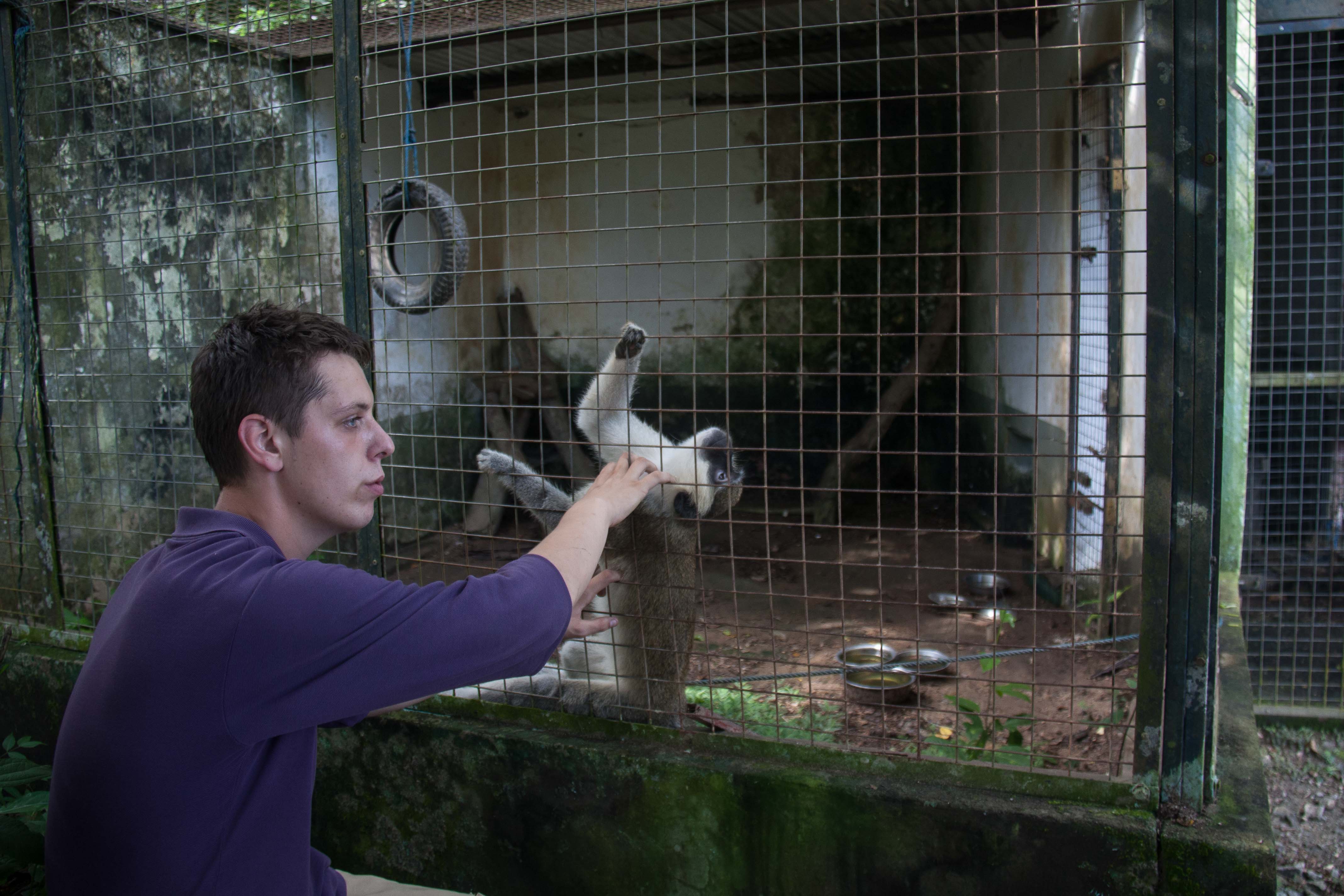 When I travelled to Stockholm alone I had no plan, just an adress from a hostel while arriving at the airport. I managed to find a bus to a metro station to the stop nearby the hostel. On the street I just asked Swedish people (who are so friendly!) where it was. In the airport met some other Belgian dudes and went partying with them and three Swedish local girls.

Cool Americans at the hostel invited me to party with them, drinking 3% alcohol beers (max. amount of alcohol grocery stores in Sweden can sell) in the rooms before going out. Probably in the most expensive club in Stockholm, but it was well worth it! Gorgeous girls everywhere, and the bottles were flying around. I sticked to 6,5 dollar Heineken (shame on me) Haha… Open your mouth and heart, close your ego and talk to people and you’ll always be fine.

7. Structure and planning is good, but magic is in the spontaneous

The unexpected trip to the waterfalls, seeing cool people at Kokrobite Beach in Ghana, meeting people at Stockholm Airport to party with and explore the city, partying with Americans in a exclusive ass club, eating rice for dinner with some Indian muslims and having discussions about sex before marriage… It was all awesome. I personally hate the type of travel where e-ve-ry li-ttle thing is planned and having hour deadlines to get somewhere etc… It’s good to an extent, like obviously catching planes and trains but all the rest on my trips were really organic in the moment.

8. Learn to trust, but still be careful

This is a pretty big one, as arriving in Ghana we were told being friendly and greeting everyone was common. So we did, walking to the orphanage crossing a lot of people from the village and most of them were happy to see us. At one afternoon we walked into some Rastafarians: “Jah bless man, how are you. You guys want some drum/djembé lessons? Oh you’re from Belgium, I love Belgium. I see you are a humble man…” Basically a whole lot of things were said during the conversation, and we felt good energy, trust from these people. We exchanged numbers to meet up for lessons.

We asked the local ‘guardian’ Prince at the house if it’d be okay, and as soon as we dropped the names, he laughed out loud: “Haha, these men are no good. Djembé lessons they want to give you? They don’t play music at all… Stay away, one of them beats his wife too…” We were shocked that we really trusted them. The next few days were pretty awkward, avoiding and ignoring these guys, but it worked out pretty well. 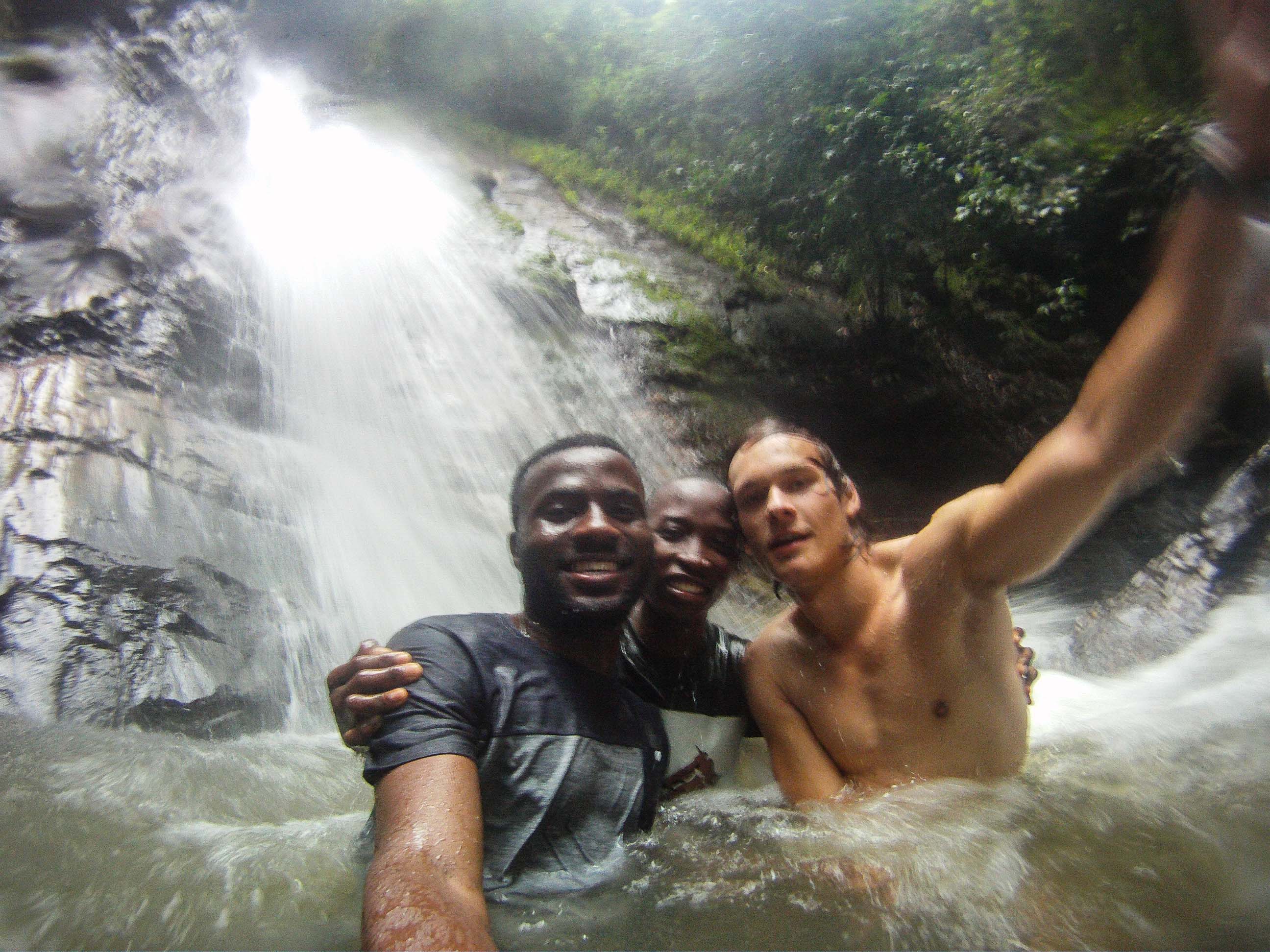 Here are some more badass pictures from the month of July in Ghana: 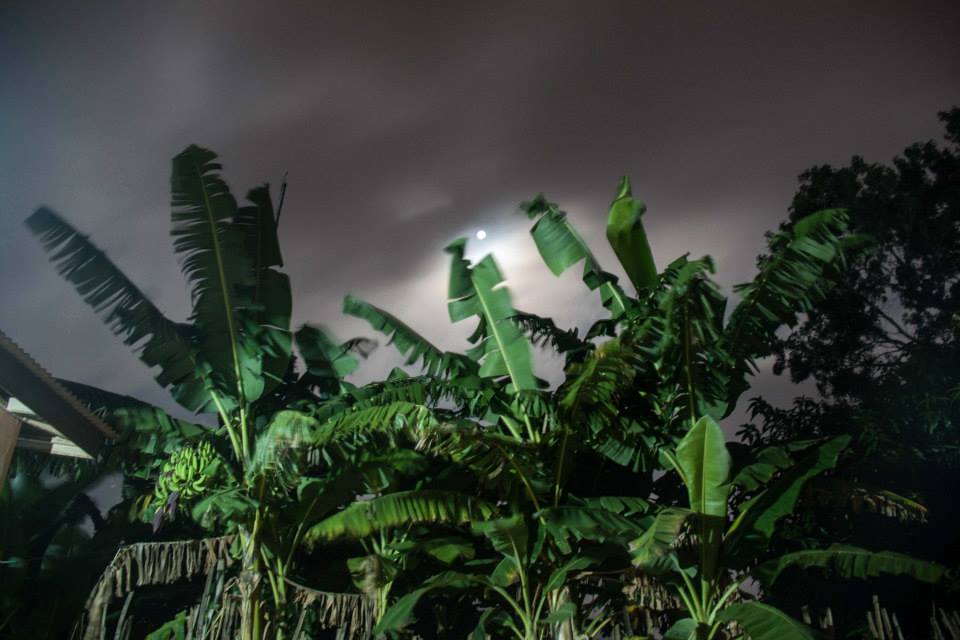 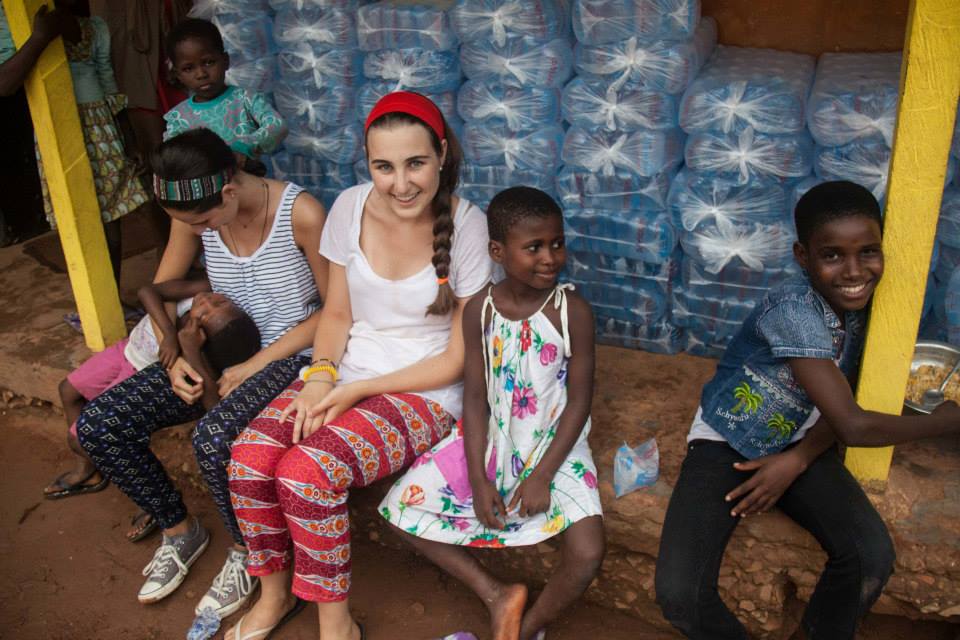 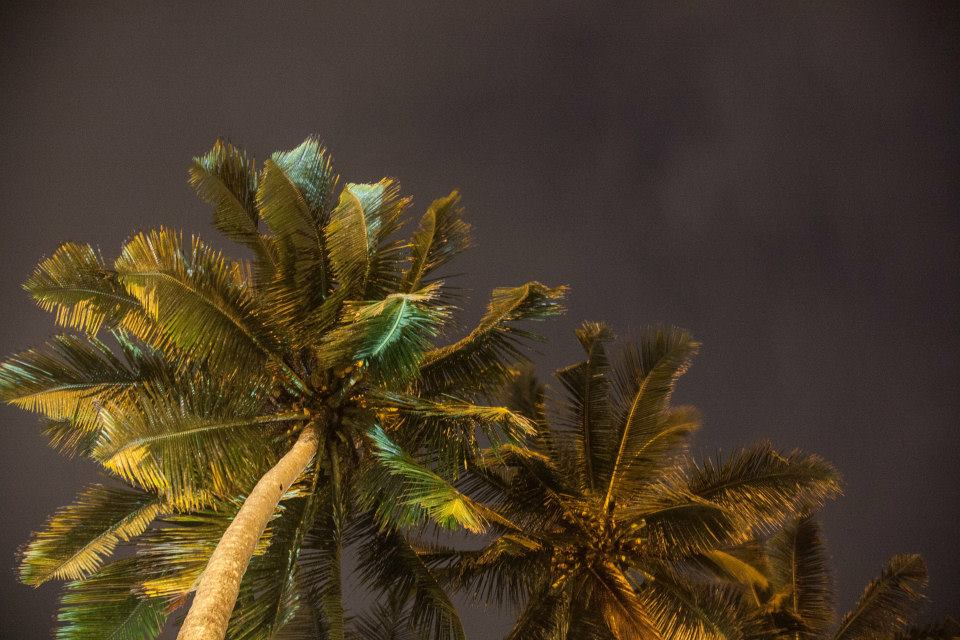 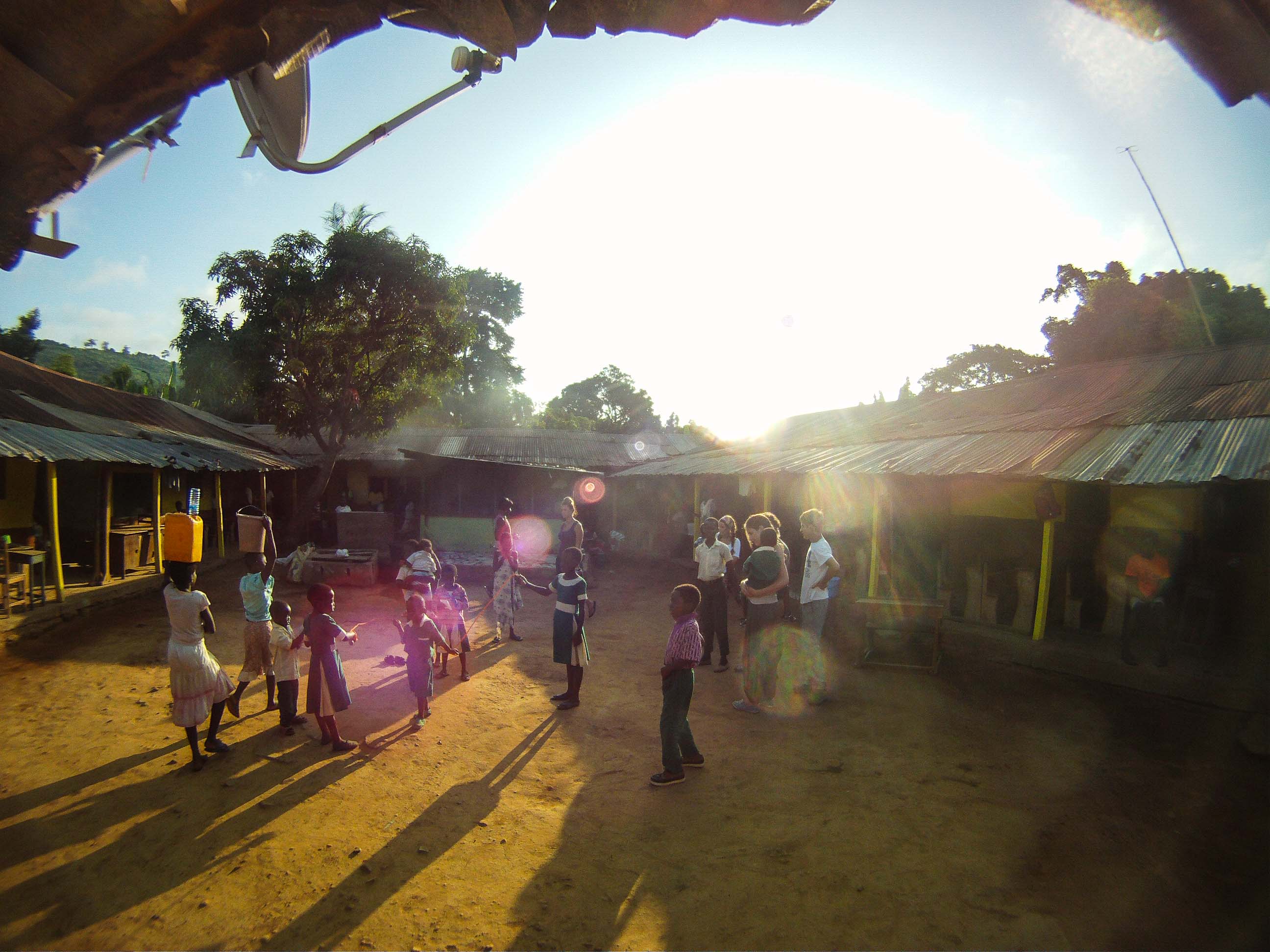 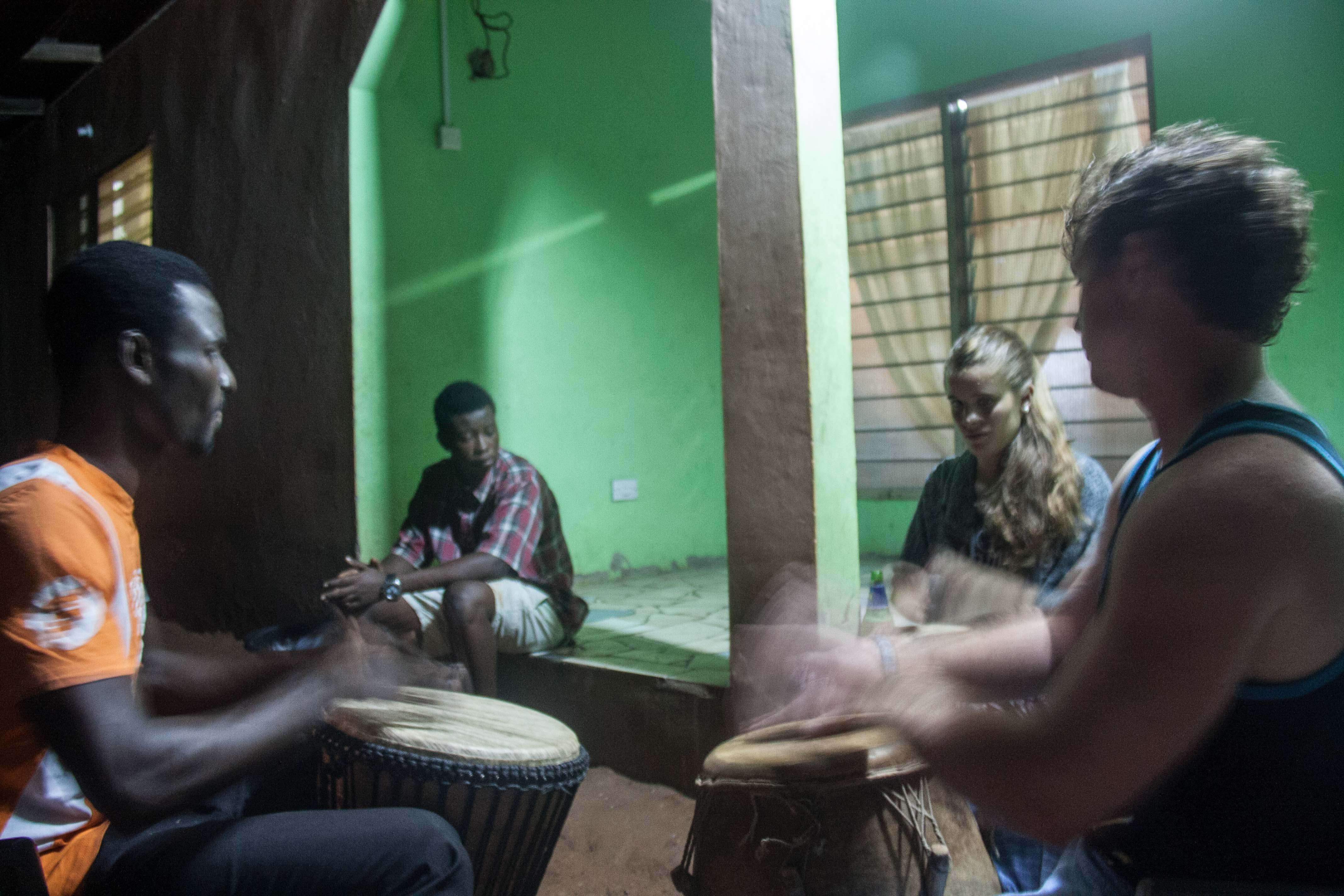 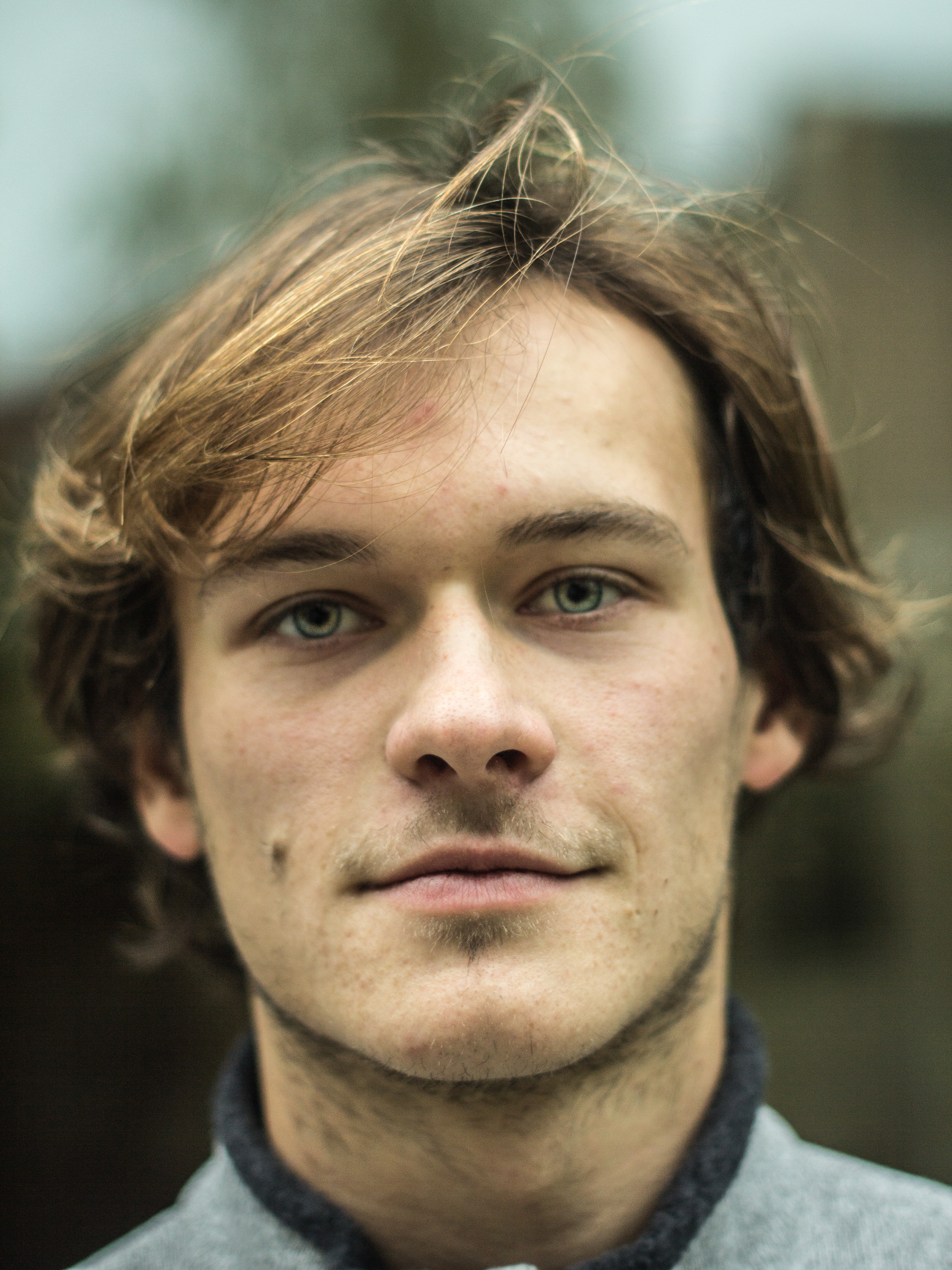